The carbon cost of Brexit 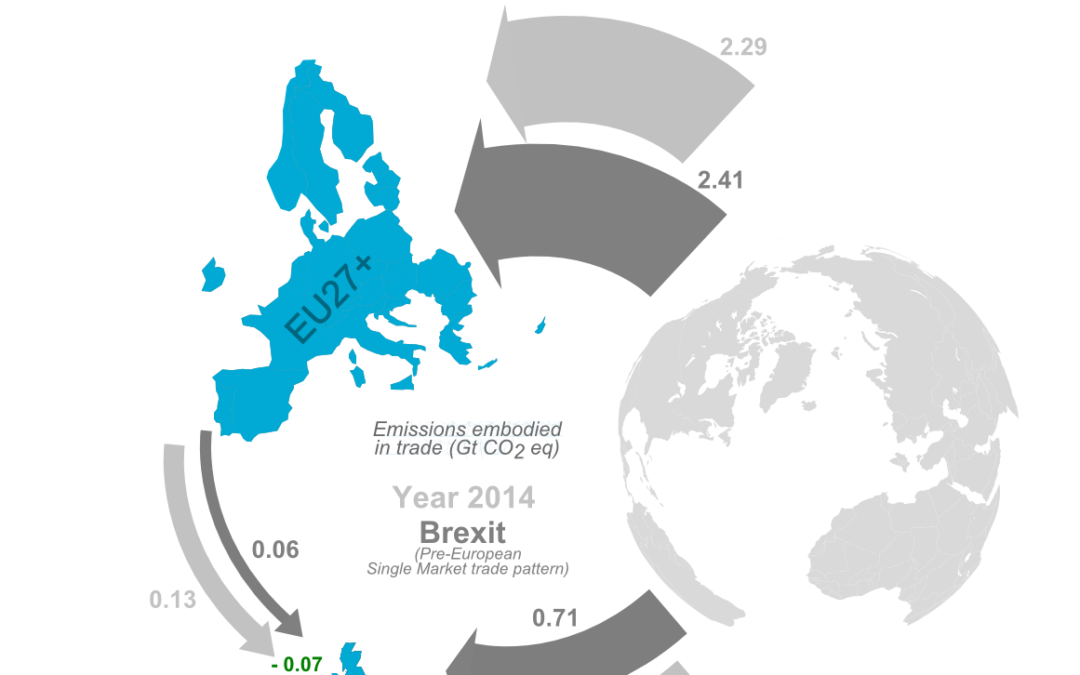 Elements of the EUCalculator project have published the carbon terms of a potential divorce between the UK and the EU.

Substituting imports from the EU with those from the Rest of the World implies adding 0.35 kg of CO2eq, on average, to each dollar of activity imported in the UK. This underlines the emission benefits of an integrated European market abiding to common environmental standards and climate policies.

Under 2014 trade volumes, technologies and energy mixes, a hard Brexit (e.g., reverting to trade pattern between the UK and the EU prior to the European single market) could imply a rise of about 0.21 Gt of CO2eq in the UK’s emissions embodied in imports. This is equivalent to a 38% rise in UK’s imported emissions in 2014 and roughly equal to the territorial emissions of the Netherlands in 2017.

This exposes the environmental benefits in terms of emissions in keeping UK trade closely linked to the EU and the important role that single Member States can play, indirectly on EU’s import emissions. In terms of emissions embodied in trade the sum of the EU market is, paradoxically and for the better, less than the sum of its individual parts.